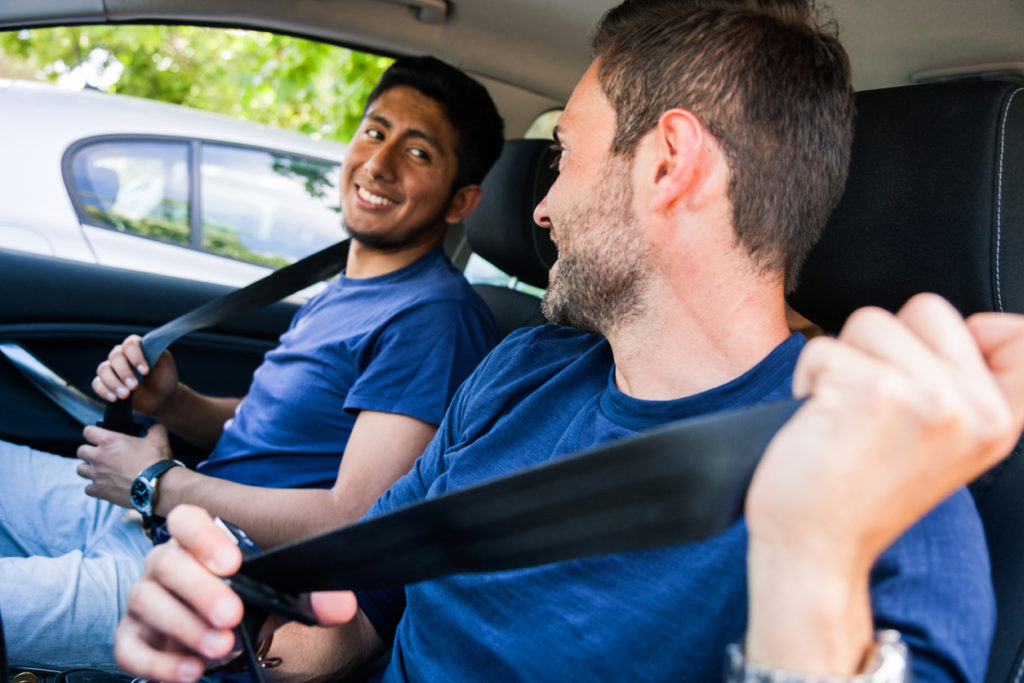 One of the original projects of the Transportation Pooled Fund on Traffic Safety Culture was to study traffic safety culture in situations where ordinary, everyday people intervened to get someone else to wear a seat belt or stop using a mobile phone while driving. In other words, the Pooled Fund studied “safety citizenship.”

The Pooled Fund found that “A significant number of people are in a position to improve traffic safety by intervening with someone engaging in a potentially risky behavior.”[1] If more people would choose to intervene, risky behaviors would decrease.

“Instead of trying to reduce risky behaviors among a small group of individuals, the goal is to instill a sense of responsibility in everyone for the safety of others…. Growing traffic safety citizenship is a strategic shift which focuses on the engagement of the larger majority of safe road users to influence the behaviors of the smaller group engaging in risky behaviors. Engagement in traffic safety by road users is an important component of a comprehensive effort to achieve zero deaths and serious injuries on our nation’s roadways.”

Who are these influential traffic safety citizens?

The Pooled Fund research reveals several common characteristics, such as:

Learn more about this topic and see the study data in the “Exploring Traffic Safety Citizenship” report, summary document, and webinar. These materials were prepared by the Center for Health and Safety Culture at the Western Transportation Institute from Montana State University.